Baku Higher Oil School (BHOS) has hosted an opening ceremony of the Spartakiad dedicated to the 10th anniversary of the establishment of the university.

The opening ceremony of the Spartakiad, which will be held among students of the second, third, fourth and fifth years, was attended by Rector of Baku Higher Oil School Elmar Gasimov, Deputy Minister of Youth and Sports Ismayil Ismayilov, Head of the Department for Organization of Extracurricular Activities of the Ministry of Education Elnur Aliyev, teachers and students of the university.

First, the ceremony participants observed a minute of silence in memory of the Shehids who gave their lives for the restoration of the territorial integrity of Azerbaijan. Then the State Anthem of the Republic of Azerbaijan was played.

Opening the event, BHOS Rector Elmar Gasimov greeted the ceremony participants and said that Baku Higher Oil School has been successfully operating for 10 years and that the most intellectually developed and talented young people choose this university to acquire a profession. The rector stressed that Baku Higher Oil School trains highly qualified engineers who contribute to the development of the country's economy and industry.

“Today I can say with great pride that Baku Higher Oil School has become the most prestigious university in the country. We can be proud that we have been able to justify the trust of the President of the Republic of Azerbaijan, Mr. Ilham Aliyev, the Azerbaijani society and SOCAR. BHOS attaches great importance to the development of sports. Sports clubs have been operating at the university since 2014. It is gratifying that our students prefer to train at the BHOS sport clubs. Spartakiad competitions will be an interesting spectacle, which will last for several months,” he added.

Deputy Minister of Youth and Sports Ismayil Ismayilov spoke about the development of sports in the country and the care shown by the state to this area. He stressed the importance of increasing the interest of young people in sports. The deputy minister noted that Baku Higher Oil School is an exemplary university in both education and sport spheres.  He highly appreciated the conditions created at BHOS for the development of sports.

Head of the Department for Organization of Extracurricular Activities of the Ministry of Education Elnur Aliyev spoke about the development of education in Azerbaijan, the attention paid by the Head of State to this area. The representative of the ministry noted that Baku Higher Oil School is a vivid example of the development of education in the country in terms of the quality of training and material and technical base. 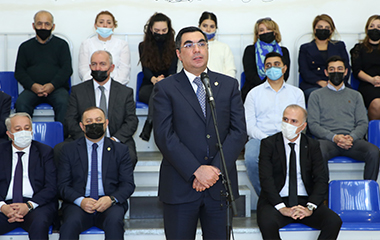 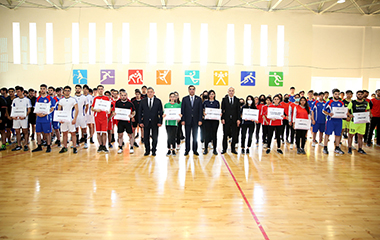 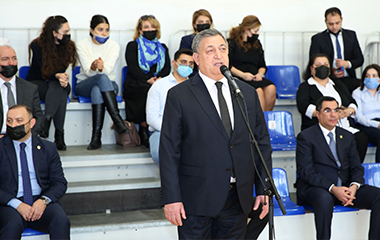 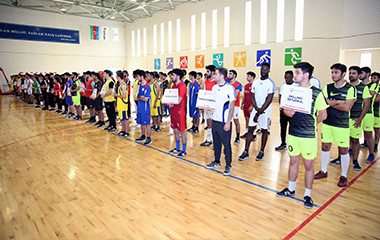 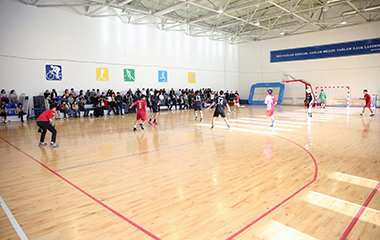 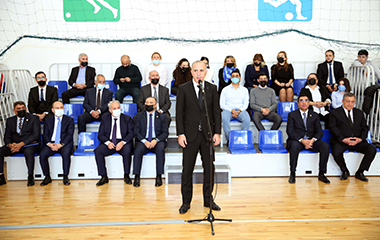 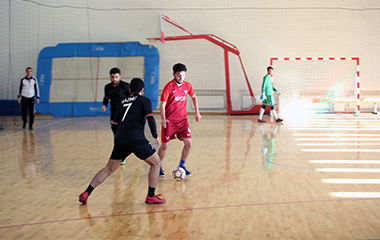