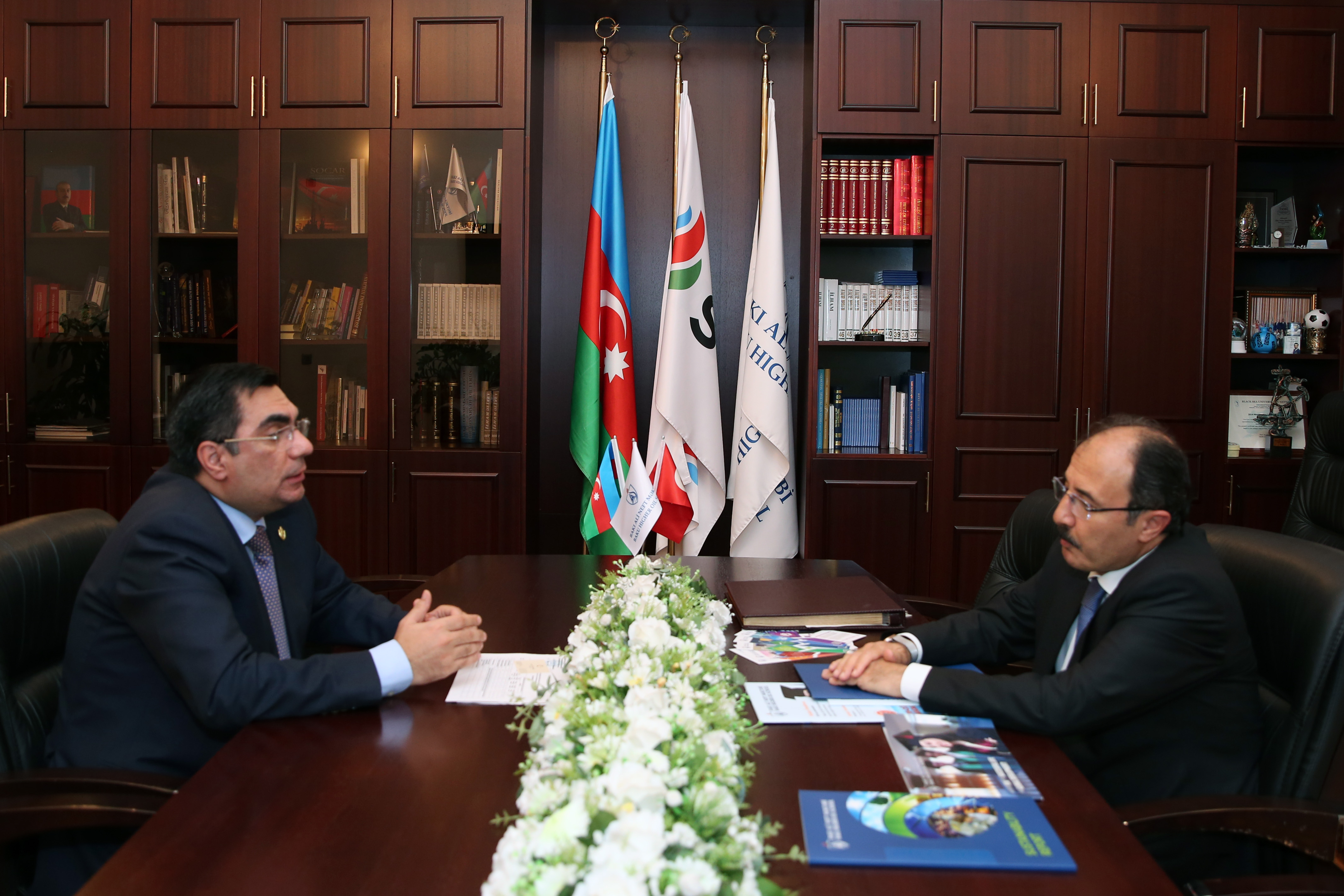 Elmar Gasimov expressed satisfaction with the meeting with the ambassador at the university. The rector informed the guest about the successes of the university. Noting that 33 out of 102 Presidential Scholars of this year are BHOS students, the rector said that this is the highest figure in the entire history of Azerbaijani education.

Ambassador of Turkey to Azerbaijan Jahit Bagchi, in turn, highly appreciated the activities of such a prestigious international university as Baku Higher Oil School. Elmar Gasimov stressed that the fraternal countries Azerbaijan and Turkey have extensive ties with each other in all spheres, including education. BHOS Rector expressed his interest in establishing mutual relations with Turkish universities.