On May 19, Baku Higher Oil School (BHOS) hosted the closing ceremony of the First Digital Ideas Contest dedicated to the 99th anniversary of national leader Heydar Aliyev, which was jointly organized by the Youth Union of the New Azerbaijan Party (YAP) and BHOS.

Then Chairman of the YAP Youth Union Bakhtiyar Islamov made a presentation on the contest. He noted that the main goal of the Youth Union is to unlock the innovative potential of the party's youth asset, improve team building skills and increase youth’s participation in the country's innovation ecosystem. “1,361 people from 60 cities and regions of the country registered to participate in the contest. Of these, 120 people from 23 cities and districts were selected to participate in the project. 55 contestants were boys, 65 were girls”.

Welcoming the guests, BHOS Rector, NAP Board Member Elmar Gasimov noted that the contest plays a special role in the development of young people, increasing their potential, knowledge and skills. “As representatives of a higher education institution that trains specialists in accordance with the requirements of the labor market, we are proud to organize such events that support the development of young people. This competition, organized by BHOS together with the Youth Union of the New Azerbaijan Party, provides an exceptional opportunity for innovative youth to showcase their talents. I am sure that this contest will be of great benefit to young people who want to realize their innovative ideas”.

In his speech, SOCAR Vice President Khalik Mammadov highly appreciated the joint organization of this project by the YAP Youth Union and BHOS, noting that this contest is of particular importance for the development of Azerbaijani youth. “SOCAR also implements various scholarship programs that contribute to the development of youth, and hundreds of young people use these programs”.

Speaking at the ceremony, Deputy Chairman of the New Azerbaijan Party, Head of the Central Office Tahir Budagov said that the state youth policy of Azerbaijan, the foundation of which was laid by the great leader Heydar Aliyev, is successfully continued by President Ilham Aliyev. “As a result of the implementation of this policy, a highly intelligent, patriotic, intellectually developed and talented young generation has formed in our country. The Yeni Azerbaijan Party, the country's strongest political force, also has a large youth army. The New Azerbaijan Party has always focused on creating broad opportunities for the development of youth, supporting our talented youth. To this end, our party is constantly implementing various effective projects. I am sure that this competition, dedicated to the 99th anniversary of our national leader Heydar Aliyev, will be very useful for the selected 120 boys and girls, and our youth will increase their innovative potential. I think that the continuation of the implementation of such projects in the future will be very useful for the intellectual development of our youth”.

Speaking at the event, Minister of Digital Development and Transport Rashad Nabiyev spoke about the creation of favorable conditions in Azerbaijan for the development of innovations and the importance of digital transformation. He noted that this competition contributes to increasing the participation of young people in the innovation ecosystem of Azerbaijan. Rashad Nabiyev expressed confidence that the competition had achieved its goals and objectives, stressing that the Ministry of Digital Development and Transport is always ready to support such events.

In his speech, Minister of Education Emin Amrullaev highly appreciated the opportunity given to young people, emphasizing that the competition plays a big role in revealing the abilities of young people who are distinguished by their innovative approaches. Noting the importance of digitalization, the minister said that this factor is important in all spheres of life, especially in education. Emin Amrullaev stressed that it is gratifying that hundreds of young people, especially from the regions, wanted to take part in the competition, which was held in a new learning atmosphere for them.

Speaking about the importance of pursuing a youth policy in the country and the state’s care for the younger generation, Deputy Minister of Youth and Sports Farhad Hajiyev said that the First Digital Ideas Contest, organized by YAP and BHOS, is one of the important steps towards the development of youth.

Director of the e-Government Development Center, contest jury member Fariz Jafarov informed the gathering about the results of the contest. He praised the digital ideas submitted to the competition by teachers from the regions, noting that the competition once again proved that the youth of Azerbaijan had acquired innovative skills.

Note that the registration process for the competition took place from 14 to 28 April. For 8 hours, participants with special mentors competed for the title of the best in the following team competitions: Team Catalyst, Hackathon, Intellectual Ring, Brainstorming, Ideas Exhibition, Project Presentation.

The ceremony concluded with the awarding of the winners of the competition. The team "Khudayar" won the first place. The second and third places were taken by the teams “Zafar” and “Yarat”, respectively. The winner of the "Intellectual ring" was the team "Innovation". 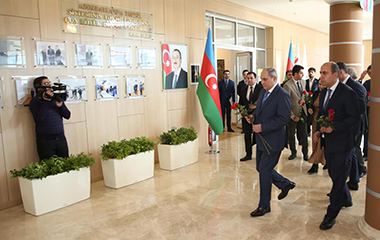 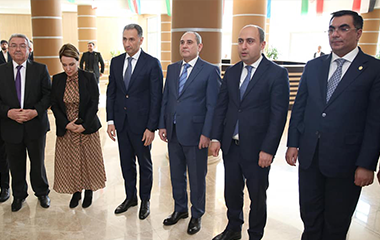 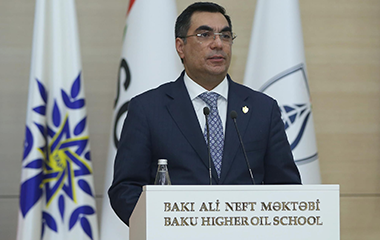 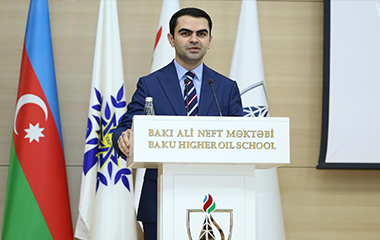 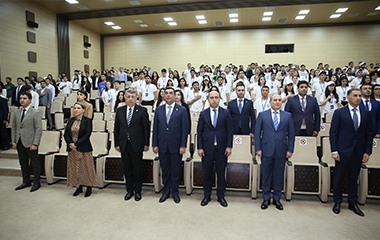 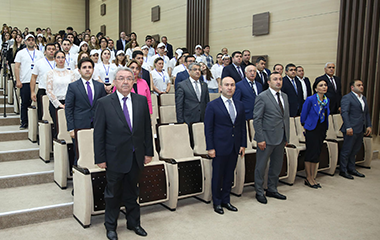 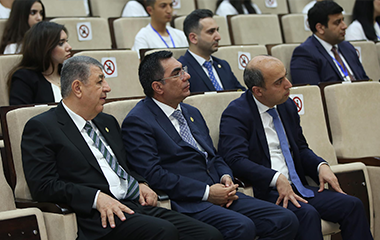 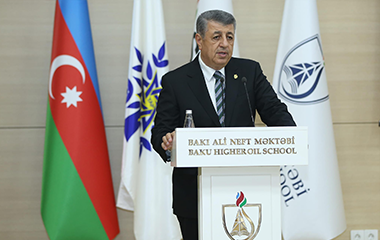 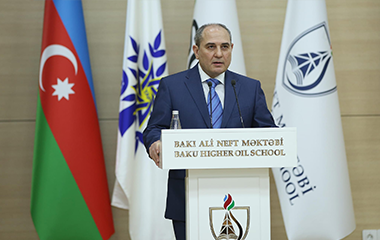 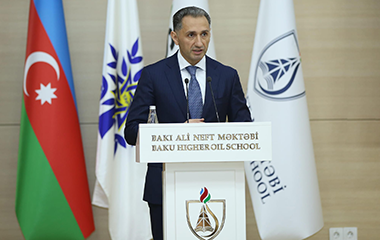 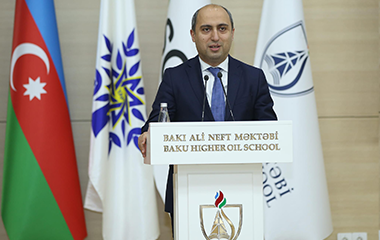 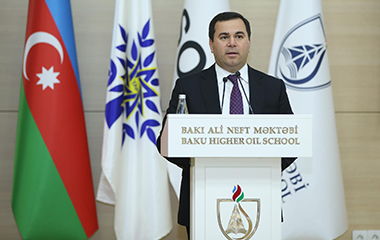 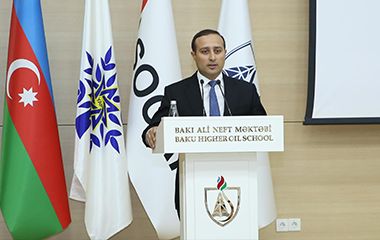 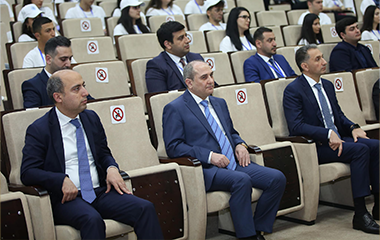 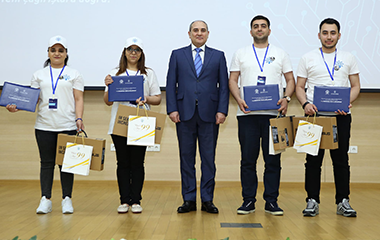 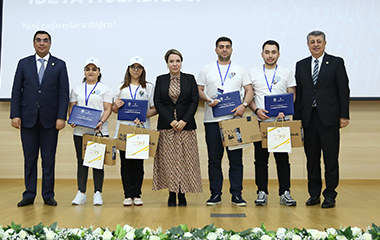 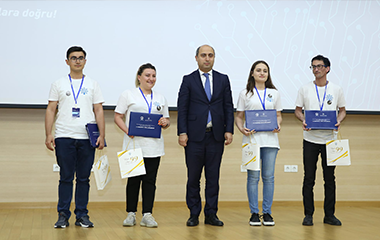 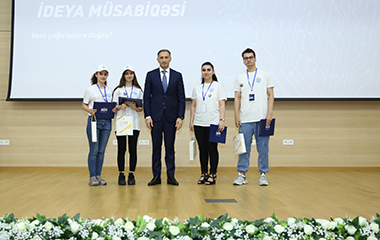 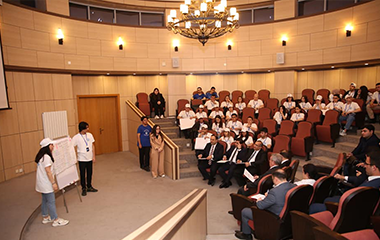 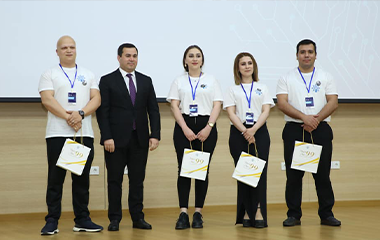