Registration of students completed at BHOS 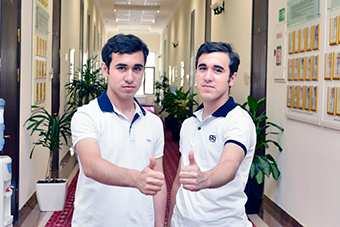 Registration process of students admitted in 2016/17 Academic year in order to study at Baku Higher Oil School (BHOS) was completed. Work group was recruited in accordance with the order of BHOS Rector Elmar Gasimov on organization of registration of the prospective students admitted to study at BHOS in 2016 and the above mentioned group was involved in the process August 15-26. During registration students had chance to rise any question they wished. Work group were promptly registering students realizing proper documentation compilation.

It should be pointed out that 2 students out of 3 who scored the highest entrance points, 700, during the entrance examination held in 2016/17 academic year for the admittance to the higher educational institutions, the first specialization group were registered in BHOS. According to BHOS general statistic information related to students’ admission average points in 2016/17 academic year constituted 667 whereas maximum points was 700. Students’ admission plan of BHOS envisaged admittance of 135 students for new academic year.

At the same time students’ English language command and computer knowledge was checked and in compliance with their knowledge level students were divided into groups.

BHOS administration and staff members one more time extend their heartfelt congratulation to new students wishing them every success!