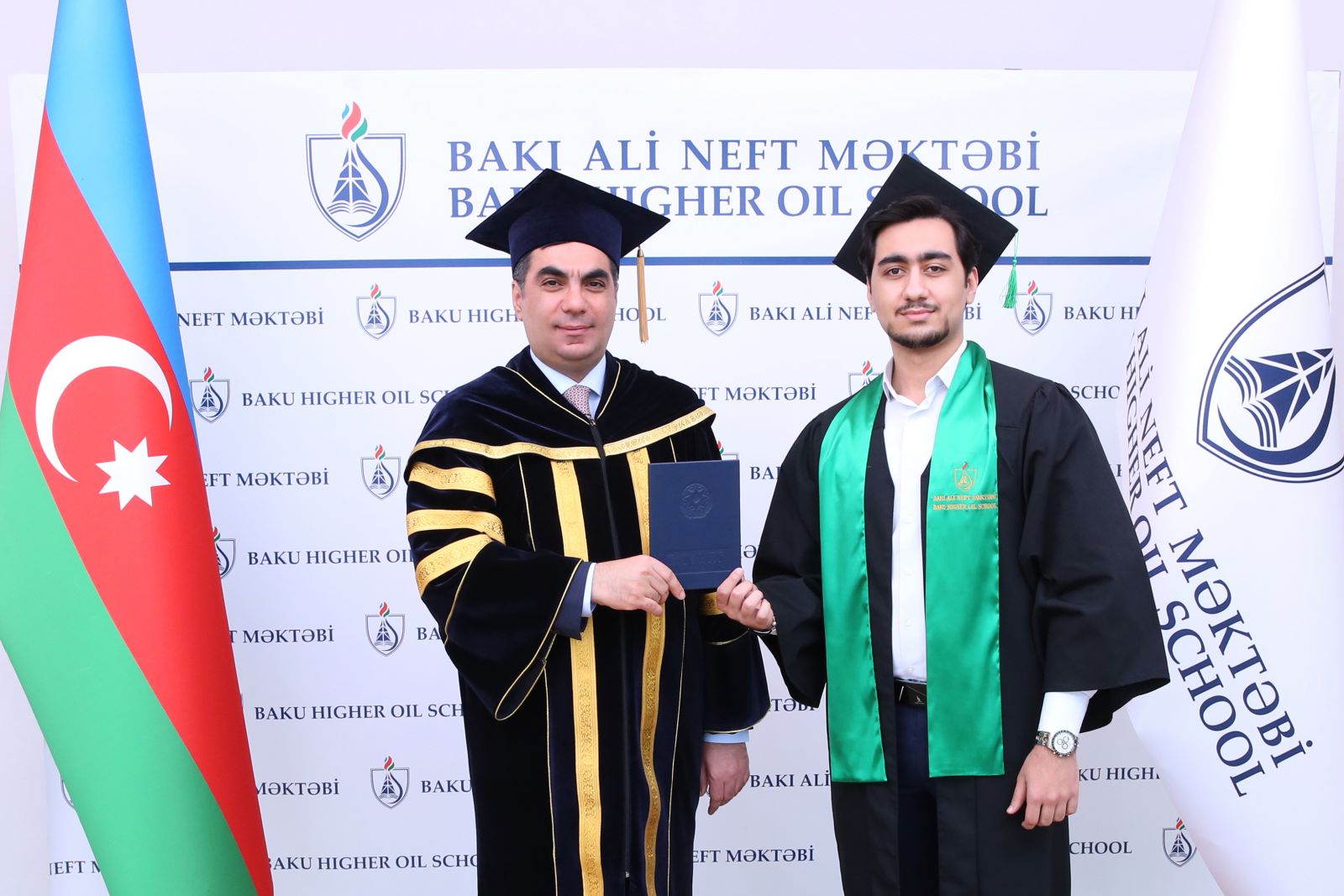 Aladdin Mardanov, a graduate of Baku Higher Oil School (BHOS), has been admitted to master's degree programs at 13 universities around the world. He also received scholarships from many of these universities.

The BHOS graduate also successfully passed test exams in several other universities, but he refused to participate in the final interviews in them because he had achieved such high results, which is a high indicator for a bachelor's degree graduate.

Note that out of 1000 applicants for the scholarship, only 25 were awarded it. Aladdin Mardanov scored 650 points in the entrance exams held by the State Examination Center in 2016, and was admitted to BHOS in the specialty "Chemical Engineering" on the basis of a government order. He graduated BHOS with an Overall Success Rate of 90.95. Aladdin Mardanov was the only BHOS student who underwent an internship at BASF and Carlsberg Azerbaijan. He also worked as a professional translator for 3 years.