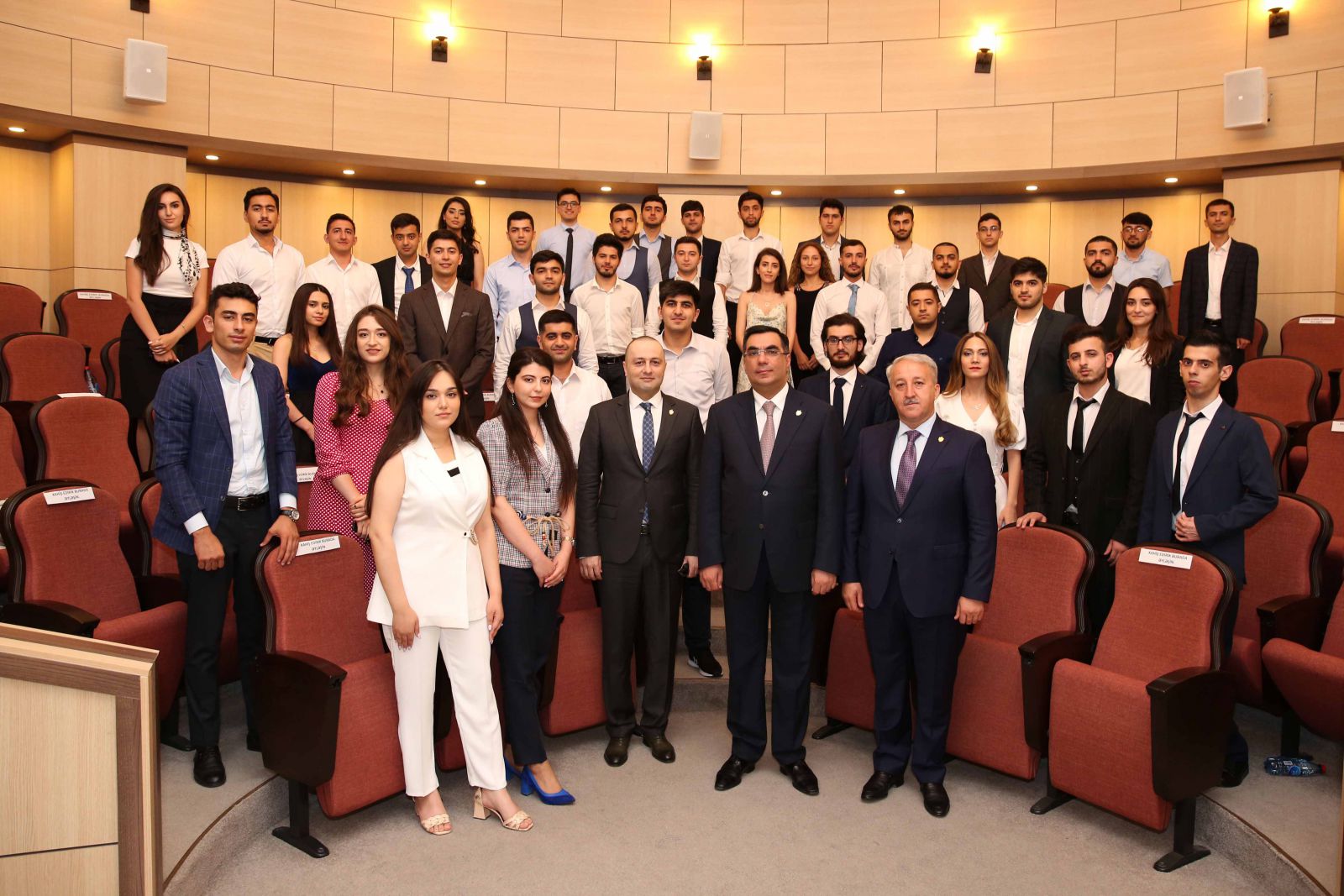 Rector of Baku Higher Oil School (BHOS) Elmar Gasimov has met with BHOS graduates of 2021, who will study abroad for a master's or doctoral degree.

During the meeting, the rector congratulated the graduates, held a conversation with each of them and gave them his recommendations.

Elmar Gasimov stressed that the graduates of the university should honorably represent Azerbaijan in foreign countries.

“Each of you should be an intellectual soldier of Azerbaijan in these countries. Your duty to our shahids, our state and our people urges you to do this. You must represent your country, your university and your family with dignity,” the rector said.

The rector advised the graduates to keep in touch with the embassies and diplomatic missions of Azerbaijan in the countries in which they will study. Elmar Gasimov emphasized that graduates should try to establish relations between BHOS and foreign universities.