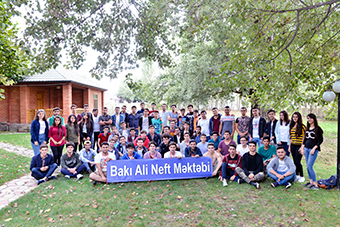 Project was realized in Nij village of Qabala. In the frames of the project intellectual game ‘What?’ ‘Where?’ ‘When?’, 3x3 format ‘Rubic Cup’ competition organized by Azerbaijan Cup Association, ‘Darts Game’ and other games involving students were held. Afterwards the winners were defined and presents were granted.

According to the outcomes, ‘Trump’s Team’ became the winner of the intellectual game ‘What?’ ‘Where?’ ‘When?’, the winners of ‘Rubic Cup’ were Nijat Ismayilov (first place), Ibrahim Sharifov (second place) and Vuqar Hasanov (third place). As for the ‘Darts Game’, Elmir Abilov, Elchin Allahverdili and Hajali Bayram became the winners of this competition.