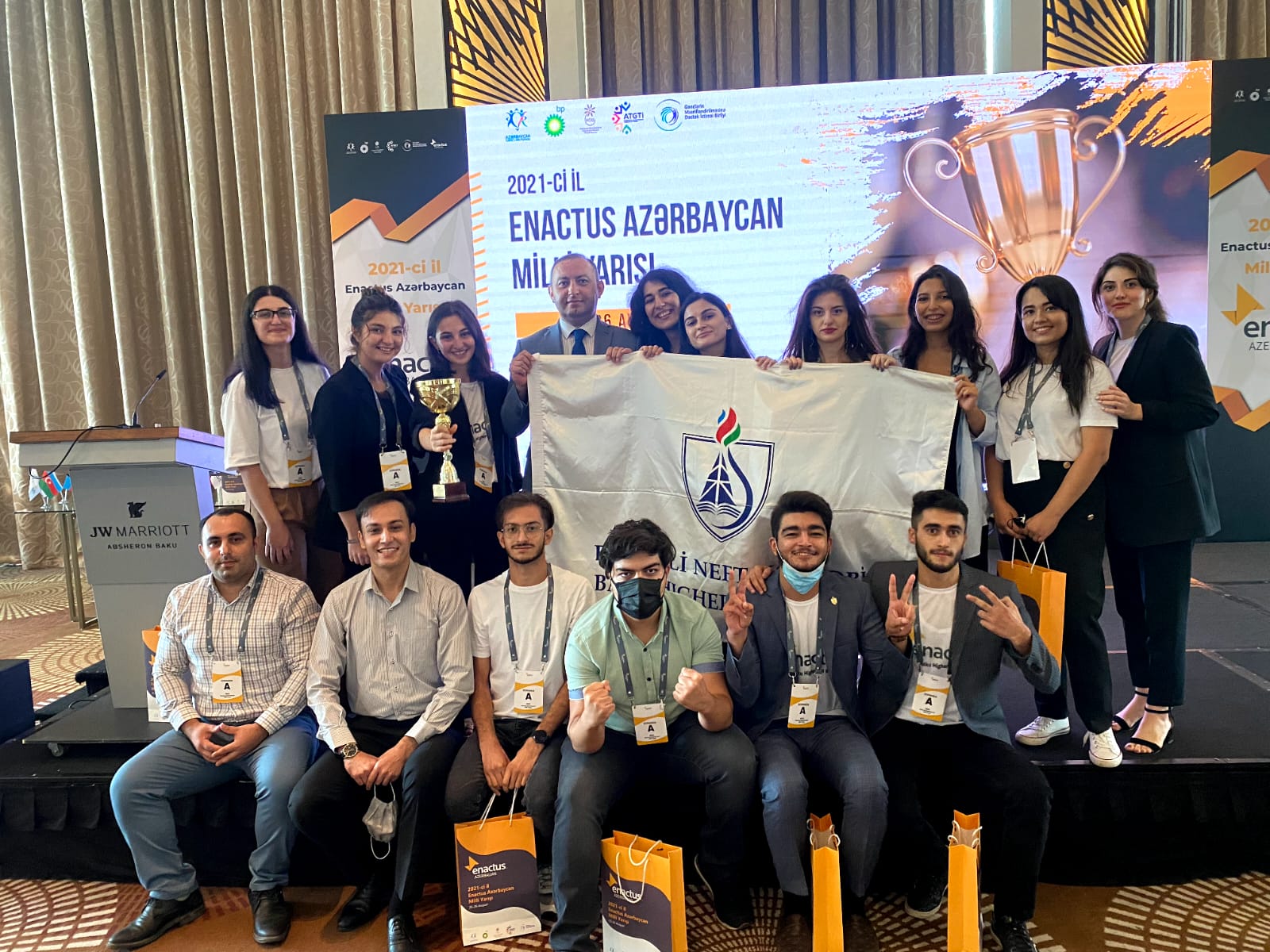 On August 25-26, the semifinal and final stages of the 2021 Enactos Azerbaijan National Competition, organized by Enactus Azerbaijan, were held. Baku Higher Oil School (BHOS) team won the national competition. The BHOS team joined the competition with Breadfeed and Ecodesign projects.

The semi-final stage of the national competition was held online and the final stage - in physical format. At national competitions, Enactus teams present their projects and share their innovative ideas and innovations with each other. The Enactus project has a positive impact on socio-economic development in line with its Sustainable Development Goals.

It should be noted that the Enactus program was established in 1975 in the USA with the financial support of the Youth Foundation of the Republic of Azerbaijan. Enactus is represented in Azerbaijan by the Union of Student Youth Organizations. Enactus is the world's largest practice learning platform aimed at creating a better world through nurturing next-generation entrepreneurial leaders and social innovators. To achieve these goals, Enactus enables young people to apply their theoretical knowledge in practice, implement business, educational and social projects and promote free entrepreneurship.