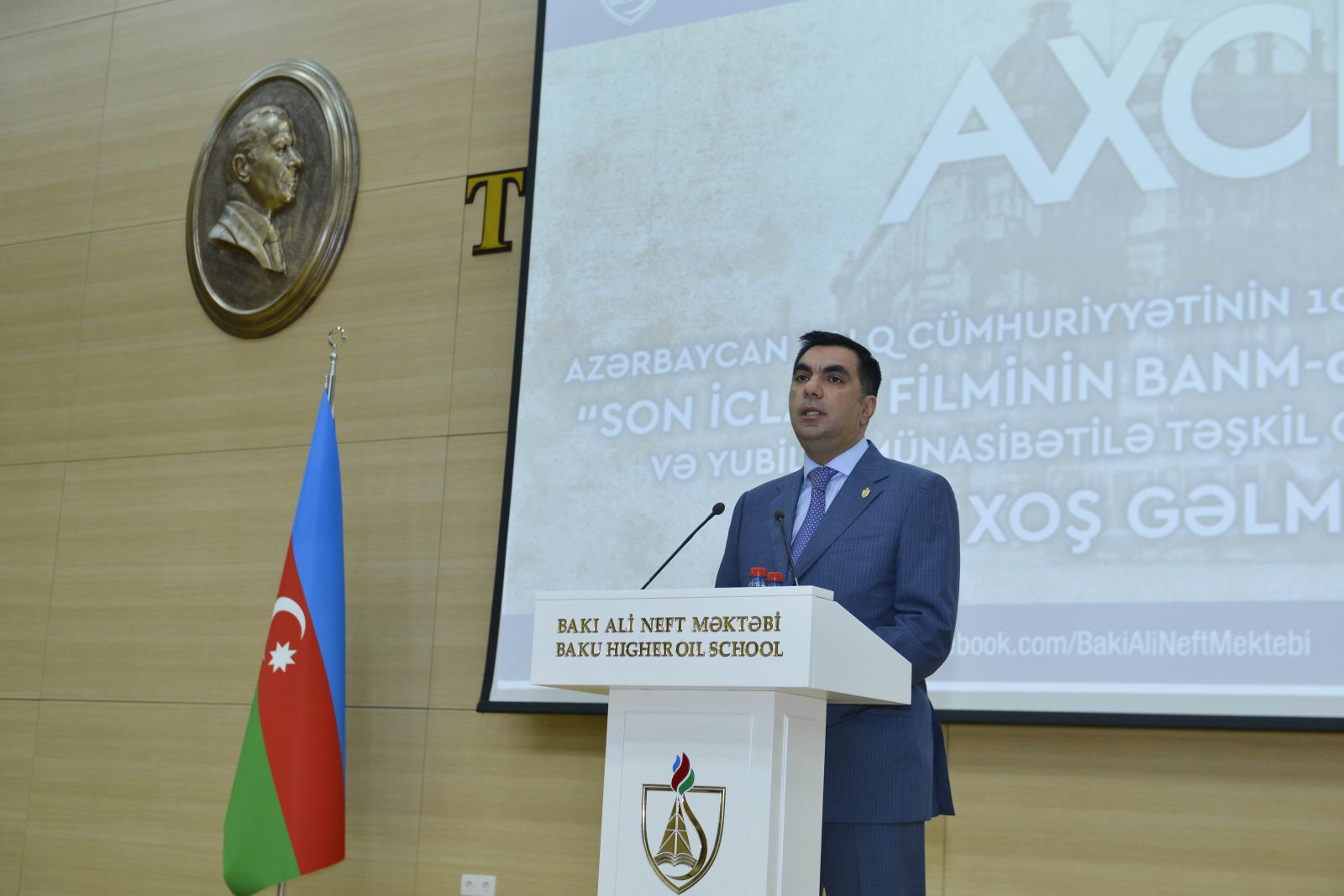 At the beginning, national anthem of the Republic of Azerbaijan was played. Opening the meeting, BHOS rector Elmar Gasimov extended his congratulations to all Azerbaijani people on this memorable event. He emphasized that the Azerbaijan Democratic Republic, which was established on May 28 1918, was not only a significant milestone on the nation’s way to independence; ADR became the first democratic republic in the Muslim world, which also granted women the right to vote. Elmar Gasimov reminded that the President of Azerbaijan Ilham Aliyev signed an order to declare 2018 as a Year of Azerbaijan Democratic Republic. In the rector’s worlds, this is a bright evidence of the country leadership’s respect to the memory of the ADR and of the government efforts to inform global community about the role and place of the ADR in the world history.

BP Azerbaijan, Georgia and Turkey region Vice president Bakhtiyar Aslanbayli told that 100th anniversary of the Azerbaijan Democratic Republic is an outstanding event. He emphasized that BP is a long-term reliable partner of Azerbaijan and always supports initiatives aimed at preserving and promotion of national historical and cultural values. Thus, BP was privileged to become a sponsor of “The Last Session” film that highlights one of the most dramatic moments in the Azerbaijani history, he said.

At the meeting, authors of the best works submitted to a national scientific conference held by BHOS to celebrate 100th anniversary of the ADR were awarded. More than 40 students of the Higher School and other universities received memorable prizes.

Then the feature documentary “The Last Session” was shown. It has been produced by Baku Media Center with participation of Heydar Aliyev foundation and sponsorship from BP Azerbaijan. The president of Baku Media Centre Arzu Aliyeva became an executive director of the film. The presentation at BHOS aimed to help students better understand the events that took place on the last days of the challenged history of the Azerbaijan Democratic Republic. It also shows that despite the fact that the ADR existed for only 23 months, it is one of the most glorious pages in the history of Azerbaijan.